○ Life is a rollercoaster.

○ She is the black sheep of the family.

This blog post will explain what metaphors are and how to use them to keep your audience entranced.

Metaphors are a figure of speech in which a link is established between two unrelated things, actions, or ideas. This link expresses an implied comparison, making what you’re trying to describe easier to visualize and understand.

Put simply, metaphors draw a comparison by saying something is (or does) something else.

However, even though all metaphors compare two separate things, not all metaphors explicitly follow the formula that x=y. There are different types of metaphors, some more discreet than others.

Here are the different types of metaphors:

Sheila is a night owl.

This metaphor helps the reader understand that Sheila likes to stay up late at night (like owls).

An implied metaphor makes a comparison, but it’s not as explicitly obvious as a standard metaphor.

When he got yelled at by his boss, Sam tucked his tail and walked away.

Although this formula doesn’t have the x=y formula, it still makes a comparison between Sam and a scared, submissive dog. This metaphor can help you visualize Sam walking away in a defeated manner.

A mixed metaphor consists of two different (and commonly used) metaphors. Here’s an example from the movie Austin Powers:

“But unfortunately for yours truly, that train has sailed.”

The two different metaphors that make up this mixed metaphor are:

Both these metaphors are used to express that a chance or an opportunity is no longer available.

Keep in mind that mixed metaphors have a specific, comedic purpose. They show a character’s ignorance and should only be used in humorous settings. If not, you risk confusing your audience.

A superb example of an extended metaphor can be found in Martin Luther King Jr.’s I Have a Dream speech. In it, he compares the rights and freedoms that many Black Americans were fighting for to cashing a check, but America defaulted on that check due to insufficient funds.

Both time and money are conceptual in the sense that both are based on concepts, ideas, principles, or human constructs. To say that time is money is to say that time is as valuable as money and in order to make money, you must use your time wisely.

Metaphors are effective at making your writing more colorful, vivid, and understandable. That’s why they’re found everywhere, from everyday speech to music to literature. Here are a few examples.

My daughter is the light of my life.

There are plenty of fish in the sea.

He is known to have a heart of gold.

You ain’t nothing but a hound dog, crying all the time.
(From “Hound Dog” by Elvis Presley)

‘Cause baby, you’re a firework, come on, show em’ what you’re worth. (From “Firework” by Katy Perry)

I’m a hot air balloon that can go to space.
(From “Happy” by Pharell)

Hope is the thing with feathers
(A poem by Emily Dickinson)

All the world’s a stage, and all the men and women merely players.
(From “As You Like It” by William Shakespeare)

The sun in the west was a drop of burning gold that slid near and nearer the sill of the world.
(From “Lord of the Flies” by William Golding)

Similes and metaphors are both figures of speech that make comparisons. However, the major difference between them is that similes use comparative words (“like” and “such as”), whereas metaphors do not.

Life is a highway.
(Metaphor)

Analogies are also a figure of speech that makes a comparison by relating something unfamiliar to something familiar. The difference between an analogy and a metaphor is that an analogy elaborates on the comparison, whereas metaphors do not. In other words, if there’s an explanation, it’s an analogy.

She is the sun that shines down on me.
(Metaphor)

“He stepped down, trying not to look long at her, as if she were the sun, yet he saw her, like the sun, even without looking.” —Leo Tolstoy
(Analogy)

How To Write a Metaphor

When writing a metaphor, the most important thing to remember is that there are two parts: The tenor (which is what is getting described) and the vehicle (that which helps describe it). Knowing this makes writing a metaphor easy. All you have to do is follow these steps:

1. Decide what it is you want to describe.

2. Think of something else that has similar qualities to it. Be creative!

3. Choose the type of metaphor you want to write and create a link between the tenor and the vehicle.

4. Ensure that the metaphor is relatable and understandable. Does the vehicle bring clarity and imagery to the tenor?

5. Run the metaphor through LanguageTool—a multilingual text editor— to make sure there are no spelling, grammar, or punctuation errors. A metaphor that contains these mistakes may not be understood by your audience. Try it here: 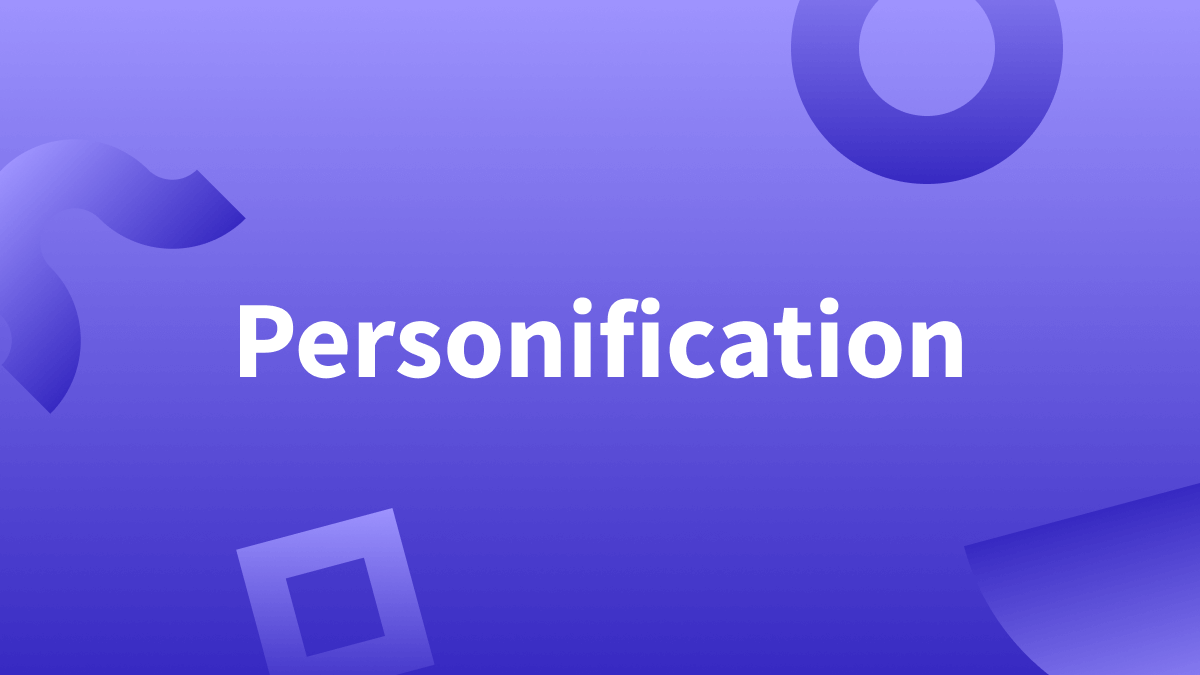 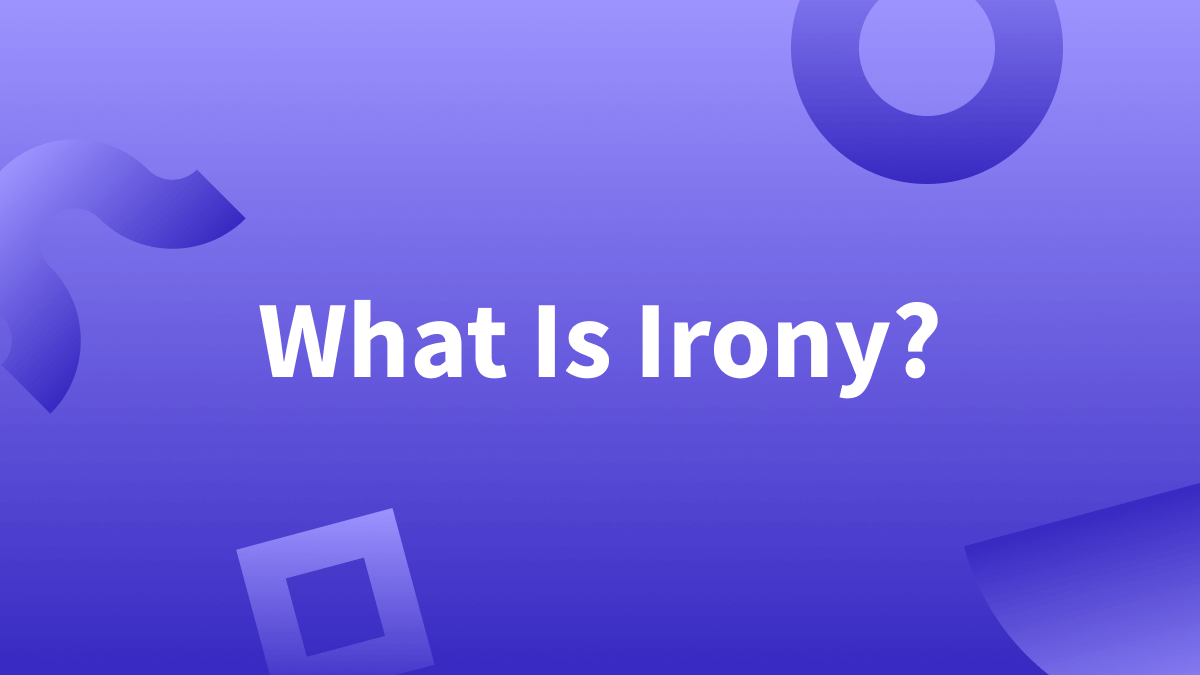 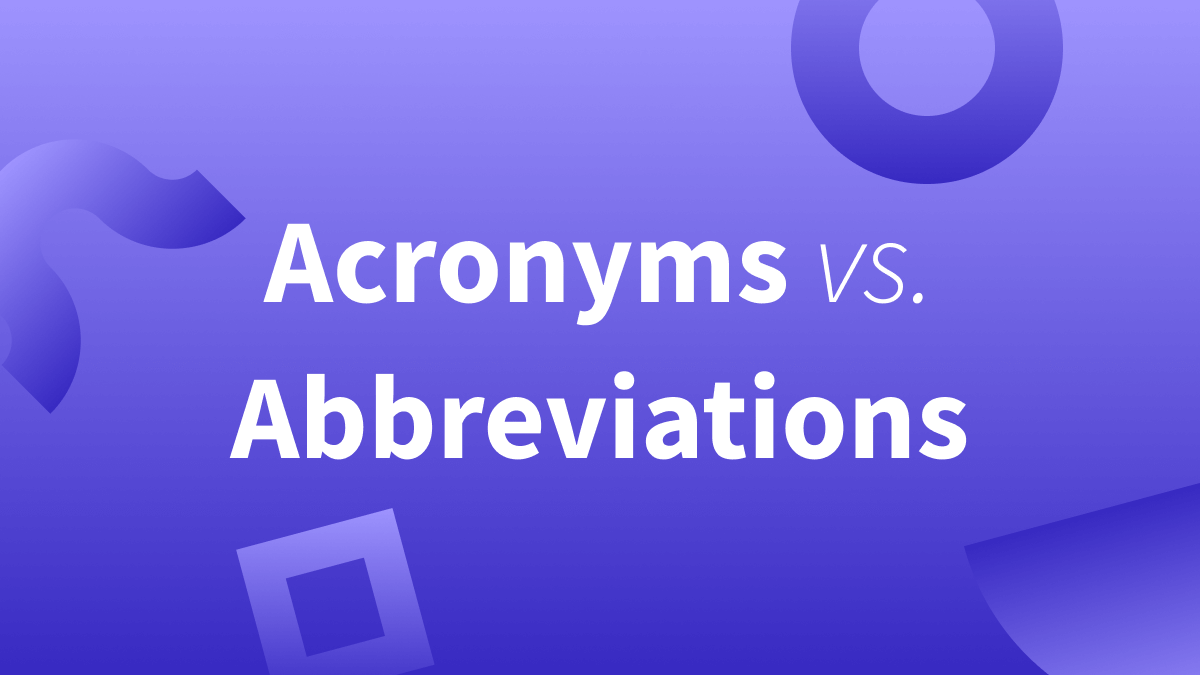 We’ll go over what abbreviations and acronyms are, plus provide examples and a short quote that can help you remember their difference.