What Are Common Mistakes in English?

A few of the most common mistakes in English are:

English Grammar (and Spelling) Can Be Tricky

Have you ever sent an important email only to realize after that there was a spelling, grammar, or punctuation mistake in it? It’s a gut-wrenching feeling many of us—native speakers and English learners alike—have endured.

Sometimes the error is a result of a typo, and other times they’re made because you simply aren’t aware of the mistake. And we don’t blame you. English is full of nuanced grammar rules, homophones, and things like silent letters that make it challenging to get right 100% of the time.

What’s the best way to avoid making common errors in English? Simply knowing they exist. Below, you’ll find eleven of the most common mistakes in English and how to correct them.

There refers to a place. This word has here in it, which can help you remember that it’s referring to a place.

Can you go over there, please?

Their is the possessive form of they, meaning “belonging to them.” If you’re unsure whether you’re using this word correctly, replace it with his or her, and if it makes sense, you’ve got it right!

I think someone forgot their bag.

I think someone forgot his or her bag.

They’re is the contracted form of they are. You can always replace the word in question with they are, and if the sentence makes sense, then you’re using the right word of this tricky trio.

They are my best friends.

Your is a possessive adjective; you’re is a contraction of you are.

Your outfit is fantastic!

You’re going to do great.

If ever in doubt, just replace the word you’re unsure about with you are. If the sentence is still grammatically correct, then you’re is the option you’re looking for.

There are many ways to solve a problem.

I gave the plant far too much water.

Than is used for comparison, whereas then is mostly used when referencing time.

She is younger than I am.

We went to dinner, then we went and got ice cream.

An easy way to remember when to use these words is that than is used for comparisons (both have “a’s”) and then is used with time (both have “e’s”).

Most of the time, affect is used as a verb that means “to cause a change to someone or something.”

I didn’t want the review to affect her performance, so I hid it from her.

Effect, on the other hand, is mostly used as a noun that means “a result of an action or other cause.”

Eating whole foods had a positive effect on my mental health.

There’s less food than I expected.

There are fewer pies than I thought there would be.

It’s is a contraction that stands for it is or it has.

Its, on the other hand, can function as a pronoun or as an adjective that indicates possession.

The dog brought back its toy.

Who’s is a shortened form of who is and who has.

Whose is a possessive form of “who.”

Whose bag is this?

Many people use if I was and if I were interchangeably in casual speech. But if you’re writing in a formal setting, you should know the difference.

Use if I was when referring to something that has already happened.

If I was grumpy earlier, it’s only because I was hungry.

If I were is used in the subjunctive mood, which is reserved for hypothetical, imaginary, or contrary-to-the-fact situations.

Everyday is an adjective that means “used daily,” or “ordinary.”

It was an everyday occurrence.

Every day is a two-word adverb phrase that means “daily.”

We practice every day.

To is mostly used as a preposition that means “in a direction towards.” You can remember this because to is in the word towards.

Let’s go to the mall.

I’m too good at this.

If you’re using too to mean “in addition to,” just remember that it has an additional “o.”

It’s worth mentioning that two refers to the cardinal number (2), although most people don’t get that one confused.

LanguageTool Can Help You With All These and More

These are just but a few of the common English mistakes many people make. There are numerous topics people have trouble with. Sure, you can try to remember each and every one individually. Or, you can use LanguageTool as your spelling and grammar checker. This advanced writing assistant will remember all these common mistakes and then some, leaving your writing flawless.

The indicative mood is the grammatical mood of a verb used to make statements of facts, express opinions, and ask questions. Learn more about it below. 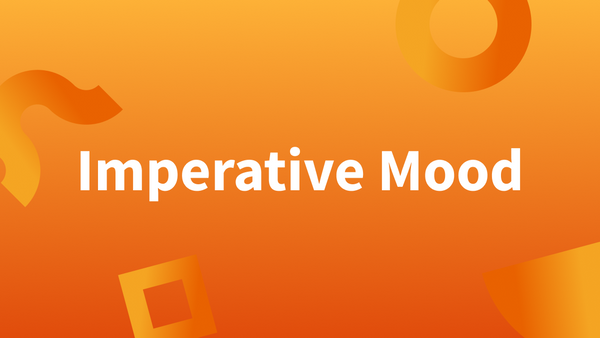 Imperative mood is one of the three primary grammatical moods in English. Learn what it’s used for and how to form a sentence using it.